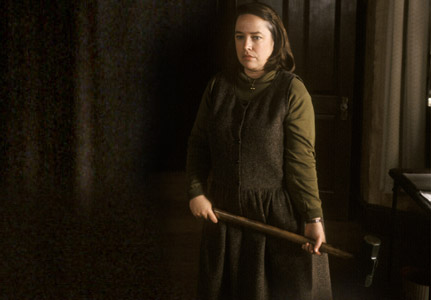 A fan for all seasons.

It’s been an odd few weeks for me, not least because my chosen football team suddenly did rather well. Anyone who knows me will understand that this is important and, if you are a close friend or relation, you will realise that a big game for my team or a major tournament on television is going to have serious diary implications. So when my team goes on a long unbeaten run culminating in a victory at Wembley I’m going to get excited, never mind that Euro 2012 is going to take up an awful lot of viewing time in my house. This is just the way it is, I take my fandom seriously but keep within what I consider sensible limits. I go to a few games a season, might buy a replica shirt and perhaps make a special effort in travelling to an important game. This, in the world of football fandom, is quite normal and healthy, shared by millions around the world. Over the past few weeks though, I have had to accept that this level of fandom has been largely prevalent in other areas of my life.

The line got a bit blurry a few weeks ago when I happened upon a sci-fi convention, the sort of event I had only really been aware of ironically through programmes like The Simpsons. If you want your photo taken with someone who once played a Klingon then this is the place to be. Walking round the fair I meet fully kitted out Storm Troopers, various well dressed Dr Who incarnations and numerous unidentifiable Star Trek characters. I tried to get into the spirit with a Star Wars t-shirt but it didn’t take long before I began to feel rather underdressed. All the stars have turned up. There’s James Bond’s arch enemy Jaws smiling for a photo and then there’s Amy Pond hidden behind a long line of autograph hunters. I can just about catch a glimpse of Sam from Lord Of The Rings and Amos Diggory from Harry Potter but I am more excited because they were in The Goonies and Drop The Dead Donkey respectively. Darth Vader and R2D2 are having a whispered conversation and look a bit bored, possibly having spent too much time at these events over the years. Sadly, it is the wrong day of the convention for me to meet Sherlock’s unrequited love-slave Molly Hooper (an emotion we can all sympathise with, surely?) but if she comes back next year, I will clear my diary for the weekend!

Noticing the effort and attention to detail people have gone to, I realised that there is a very similar level of fandom on show to that at a football match. As football fans spend money to gather and see their heroes perform, so fans here come to meet the people they identify with, listen to their anecdotes and pay £20 for a photograph. Football supporters show their allegiance through replica shirts, so a Star Wars fan will make the effort to dress up as Boba Fett. A football fan will replay the tape of a particularly important match time and again in the same way as a Star Trek fan will constantly re-watch a favourite episode. Football has its ‘92 Club’ for those who have attended games at every football league ground in the country, surely a level of fandom as intense, if not more so, than any obsessive Trekky might show. The similarities go on, although I doubt if there have ever been riots between hard core Romulan fans and the Klingon Ultras.

I’m not ashamed to admit, I enjoyed the experience and the more I think about it, the evidence suggesting that I have this obsessive side has always been there. I queued up at midnight to buy the latest Harry Potter. I have box sets of Star Wars and Lord Of The Rings films and, yes, I may occasionally set aside a day to watch them from start to finish. A new series of Doctor Who is a good enough reason to cancel my plans for a Saturday evening. I search e-bay several times a day for anything to do with Sherlock. Maybe that last one is just me but I‘m sure I am not the alone in most of these instances. The line drawn between fandom and obsession is faint and I am beginning to find myself within the area of the Venn diagram subtitled ‘Geek’. Not only that, I find it a comfortable place. In the internet age it is very easy to share your thoughts and opinions instantly and find likeminded individuals. I doubt I would be writing this for The Curiosity Cabinet had I not stumbled upon someone with shared opinions and a similar love of Edgar Allen Poe.

As long as you realise that Kathy Bates took things a little too far in Misery, obsession is a good thing. It’s the reason we buy yet another copy of that favourite album for the hidden bonus track or the slightly different artwork. It’s why we go to book signings just to prove we once briefly met out favourite author. It’s why that DVD is so scuffed and smudged through repetitive play. If you speak fluent Klingon though, you may find it’s time to take a step back. Of course there are those who will look down on geeks (and I happily use the word) and scoff at us, wasting our time on things most people left behind once the opposite sex suddenly became more interesting. Well, no-one is forcing you to join us. Believe it or not, there are some people out there who hate football and will avoid the hype around it like the plague. I myself loathe with a passion The X-Factor and I make my stand by not watching the show, avoiding the tabloid stories or contributing to any conversations about it. Take that Simon Cowell! I don’t know much about Star Trek but as far as I can ascertain, The Federation has something to do with promoting peace and harmony between differing societies. Sounds like a reasonable model to me. If you disagree I am always happy to listen to your argument, just as long as you don’t try talking to me during a new episode of Sherlock. 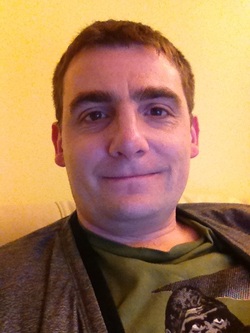 Jonathan Paxton scribbles a few words in what spare time he can muster. He has 3 unfinished novels to complete and will be getting round to finishing them in a minute. One day, he hopes to reach the level of 'ordinary'.