Our very own Curious Cook, Lucy Zirins also doubles as a rather spectacular musician. So spectacular in fact, that she has a debut album coming out in 2013. You can even keep yourselves updated with her musical shenanigans and her blog at www.lucyzirins.com

In the spirit of St. Valentine's, Lucy has sent in a luuuurve song called 'The Last One' and a few videos for your audio and visual pleasure. Oh, and if any of you start getting any ideas about becoming her number one fan...sorry that spot is already taken. You would have to kill me first.

Lucy Zirins hails from the small town of Burnley, near Manchester. She picked up the guitar aged just 12 after inheriting one from her late uncle and has been playing now for eight years and gigging since she was 16.

Combining a mix of blues, soul, folk and gospel numbers in her set and increasingly performing original material, Lucy is fast making a name for herself on the acoustic scene and as a songwriter.
In 2010 Lucy was chosen as one of the “Class of 2010” singer-songwriters by PRS for Music and featured in a high profile event in London set up to recognise and support the UK’s most promising young talent. She was one of the youngest musicians in Britain ever to receive a royalty cheque from the PRS.

At the age of 15 Lucy was chosen by the European Blues Association to receive the Sam Mitchell Scholarship for slide guitar, for which she received a week’s tuition under the watchful eye of Michael Messer. She returned the following year on the John Jackson Scholarship.

In 2012 Lucy was runner-up in the ‘British Young Artist’ category at The British Blues Awards and was winner of the ‘Best Newcomer’ category in the ‘Blues Matters’ Writers' Poll and runner-up to in the Best Solo Artist category.

Having recorded her first EP at 16, Lucy has just finished recording her debut album at Liam Watson’s ToeRag Studios in London, with Michael Messer as producer and featuring some of Britain’s finest session musicians.

Lucy has a number of high profile gigs under her belt, including support for: 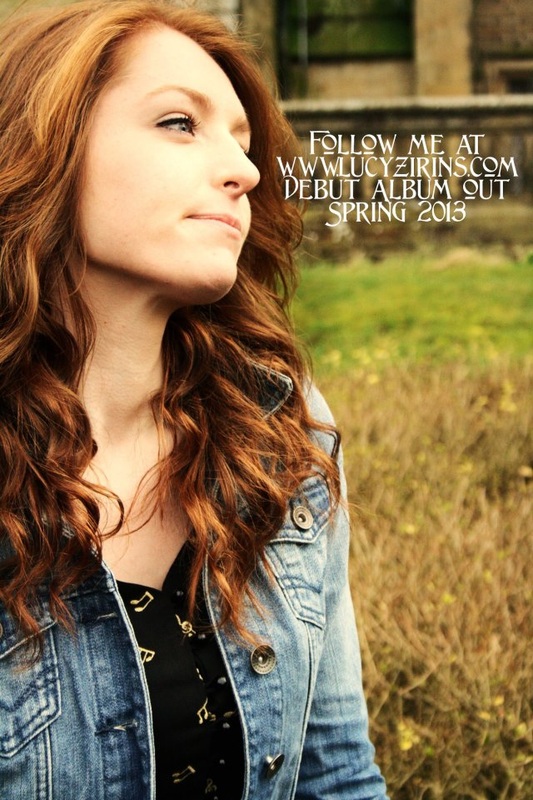 “Lucy Zirins is blessed with a musical passion that takes audiences on unforgettable emotional journeys. A singer-songwriter in the acoustic blues tradition, she transitions seamlessly from the raw energy of blues and gospel into the sweetness of jazz and soul.” - Mike Green, 2012

“Lucy Zirins giggled and charmed her way into our hearts as usual but her wonderful ‘I am just a wee lass from Burnley’ schtick didn't divert us from knowing that this is a hugely talented singer-songwriter who has the power to rip our hearts out with a sad song and put a smile straight back with a cheery and wistful tale of when things are OK. Listening to Lucy is like sampling a fine wine after drinking the regular stuff. Beautiful songs, beautifully sung. A small glass of ‘Tearing Me Down’ is something special. Gotta go get some more but be careful, you may just have to get more hankies...”
- Man In The Hat Blog, Hebden Blues Festival, 2012


“Lucy is the real deal. Unpretentious with a warm personality she puts her heart and soul into every song. Her slide playing in full spate every bit as fiery as her red tresses. She'll have you singing, clapping and howling along!” - Martin Byrom, 2012


“I have not seen a young girl play and sing blues like Lucy since Jo Ann Kelly, Bonnie Raitt and Lucinda Williams started their careers…” - Michael Messer, 2011


"Lovely Lucy Zirins had the hairs on the back of my neck standing on end and moved me to tears again (what a voice)" - Amanda Morgan, Colne Blues, 2012