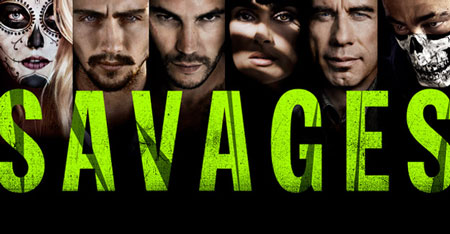 Oliver Stone has always been known as a controversial figure in terms of American Cinema, his films often attacking those in power, criticizing wars and almost completely creating new conspiracies. And in one sense this film is no different, the topic of it being. Being a drug dealer is fine in America, if you make it into a legitimate business.

The film follows two friends Chon (Kitsch) and Ben (Johnson) two friends who have both set up this business together of mass producing and mass distributing of marijuana. One is the brains, and one is the brawn. Oh, and they share a woman, O (Blake Lively)
Now this is all fairly straightforward until a large Mexican drug cartel want to go into business with them.

This is where the film really hits a turning point as Stone seems to replicate that trick that Steven Soderberg's Traffic did so well at that. Changing the screen effect for the different locations to act as a parallel as the fairly clean life of the two boys living in Laguna Beach California, compared to the dark and violent world that this Mexican cartel operate in.

And in truth, this film does have a really dark spine to it, the sex is graphic, the drug use is fairly graphic, the violence is very graphic, and the language is no different. Whilst the film may suffer from occasional clunky dialogue and the confusion of how many cartels and others may be involved in all of this, Stone shows his experience as a director through some fairly wonderful set pieces, including a desert set heist, which helps bring the film to its rather pleasing conclusion.

Overall this is a very good film, its a good outing from Stone, all of the performances are exactly what you need them to be, and pleasantly the film isn't trying to achieve any more than it has to, it knows its goals from the off. Yes there is the previous mention of some of the dialogue not quite being all there, but that is soon forgotten when you realise you are watching a genius at work in Stone, who knows full well that no matter how glamorous the setting, there is no way to dance around or avoid just how dark the world of drugs is. 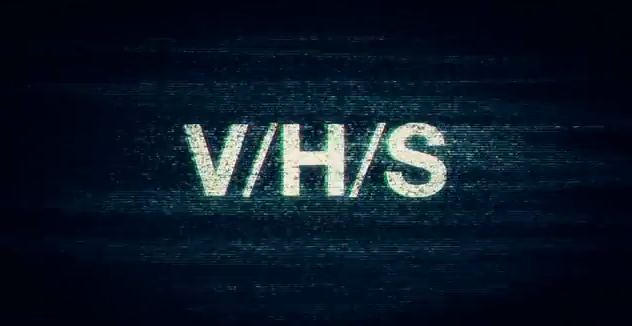 Back in 1999 a low budget horror set in the woods shot by two former film students took the world by storm. This film, The Blair Witch Project, gave the horror genre that resuscitation it needed, and created the new sub genre of 'found footage horror' This leading to films such as the Paranormal Activity franchise and the Spanish REC franchise. However, more recently these films have seemed to looked hackneyed and stale by viewers, tired of seeing the same thing over and over again. And this is where V/H/S comes in.

Whilst V/H/S is essentially just another found footage horror film, is has this something of an extra quality that allows it to stand out from the others. Like the 1995 ensemble casted and directed film 'Four Rooms,' the spoils are shared amongst various directors as four separate stories are told during the films already unsettling narrative.

The basis of the films revolves around four friends, four friends that have a taste for criminality, always trying to vandalize and terrorize those around them, which is until one of them informs the rest of his friends that he has acquired word of a job that pays handsomely, and all it requires is for them to break into a man's house, and steal a video tape. Ever since Ringu and its American remake, no one else has seemed to adapt the VHS tape towards anything scary. Could this be because they seem obsolete because of DVD and Blu Ray, maybe so. However it is with this job they embark on that they start to watch these videotapes in this house, all the while trying to find the old man who lives there.

It is we, as the audience that are then subject to watching these four tapes of utter horror, these stories range from the full on supernatural, to the quite unbelievable, to the very very believable, to what might be your worst nightmare. It seems that not a single one of the directors involved has chosen to hold back when it comes to inflicting what they think is scary on the audience.

It was especially the contribution of horror wunderkind TI West, who's story was so simple, yet so utterly disturbing that for a brief second I thought I was having a nightmare.
This is a film you truly have to watch to believe and understand. It is like no horror film you may have ever seen before, combining the slow, tense ambiguity of found footage, handheld camera shot horror, with the true unrelenting and visceral impact of pure body horror, gore and what may lie beyond. Watch alone if you're brave enough.