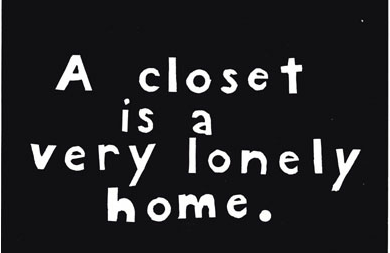 Coming Out - Where does it end?

I first came out at as a pubescent thirteen year old girl struggling to fit in with the world around her. A baby dyke surrounded by straight girls talking about latest male crushes.

The bullying started straight away. It has always amazed me that when you come out as Gay or Bisexual, it more or less becomes about sex rather who you wish to spend a loving relationship with. School lessons became distracted by verbal abuse from other school kids and things being thrown at my head. I'd only come out to friends and although it seemed everyone in school was aware of the 'Dyke in year 9', it seems not everyone knew so I was in a dilemma, should I come out and tell teachers who were suppose to care for students or let it carry on? I decided on informing a teacher that I was the victim of homophobic bullying - to which the teacher was surprised but said she would handle it. She didn't.


Coming out has always intrigued me. You are expressing your deepest emotions to people who then have to digest that straight away and think of how they want to treat you from that moment on. For some, it's the hardest thing to know they'll never be accepted. However they can't go on hiding those feelings. For others it's a walk in the park. I've had friends who have been disowned due to them wanting to be themselves. For me, all my experiences of coming out haven't been as bad as the first time, though now living as a man I think I've probably come out a total of four times and I'm not counting the times I've had to come out to professionals to change my female documents to male documents. Also the amount of times I've had to explain my 'situation' to medical professionals. It's draining having to explain the simplest thing to complete strangers who are in charge of whether I should be able to live as the man I know I am, what right do they have to know what I have down my trousers or don't have?

That leads me to where I am now. I left a voluntary job because I couldn't handle being in the closet and it's not the sort of place I can be openly Transgender. One volunteer, an openly Gay woman, asked my name so I happily told her - but her response didn't exactly shock me; 'Oh, really? I thought you were a girl.' which I laughed off (or at least tried to), then she asked if I was having a sex change which made me start to panic as if she could see right through me. It's a horrible feeling, one I don't wish to repeat any time soon. The work I do with the trans community in Manchester makes me proud of what myself and my brothers and sisters have achieved, some of whom are out and proud which is something I want to be. But can I really cope with the questions you get with when being out and Trans? Questions that aren't anyone else’s business and mostly asked by those who only go through life seeing black and white. Do you have a real dick? Have you had 'the op' yet? What's like being Trans? Can I see in your pants? Are your parents OK with it? The only question that needs asking is one to themselves; Would I like to be asked those private and personal questions?

So does coming out ever end? I guess that's something we'll never know. 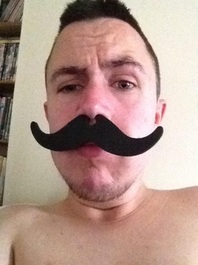 23 years old. Queer and loving it.