On the release of the much detested 'Alien vs Predator,' Ridley Scott announced that he never wanted to have anything to do with the franchise again. So of course when Prometheus was announced there was a great excitement at this film being possibly an Alien prequel. However Scott denounced these rumours and claimed it was to be an entirely different film however, set in the same universe.
And this is maybe the beauty of Prometheus, rather than throw Xenomorphs and Facehuggers at us for two hours, this film chooses instead to bring forth a genuine question from the start; How did we all begin?

The film opens on a vast mountainous region, where the waterfall cascades down spectacularly. And we see a figure, a large grey Godlike being that stands overlooking this region as he dies. But what does this mean? Cut forward and we meet Elizabeth Shaw (Noomi Rapace) and Charlie Holloway (Logan Marshall Green) who are on an archaeological dig in the heart of Scotland. It is here that they discover significant cave markings hinting towards the creation of the universe, these markings are virtually identical to ones found from other unrelated ancient cultures. Pitching the idea to find out what the markings mean and if they are an invitation from humanities creator, the set off on their voyage to the planet  LV-223 to find their answers.

Now with this in mind one could fear that this film could fall into the same trap as The Tree Of Life, and completely baffle viewers whilst going off on a tangent from the ongoing narrative, however it doesn't. Instead it chooses to create a character set looking for the answers and instead finding something else. And of course as many others have mentioned this is film is visually lush and the scenery and the surroundings just ooze that Ridley Scott sci-fi perfectionism, whilst some of the performances must also be duly noted. Most explicitly Michael Fassbender, who for me surpasses the previous best android performance of Lars Henriksen in Aliens.

But this is where Prometheus really differs from Alien, it brings a wonderful sense of ambiguity to the experience of the film. Whereas Alien remained fairly straightforward in terms of a parasite harvesting a human that lead to the birth of a creature that would pick the crew off one by one, this remains entirely different. There are no seven foot creatures lurking in the shadows, there are no parasitic creatures ready to leap from eggs and latch onto an unsuspecting victims face. There is instead the threat of each other that seems to drive the film, is David's sentiment genuine? What are Meredith Vickers' real intentions? The film almost pits the characters against each other without ever revealing exactly what this trip is set to achieve until the films mesmerizing conclusion.

Of course the film does have its flaws, the dialogue base of the script turns incredibly watery at times and even with so many pre viewing questions being answered, there still remain many more left unanswered.

However all in all this film is a real treat, a return to sci-fi form for Ridley, visually marvelous to look at and containing some very underrated performances, most notably Idris Elba, who practically chews the scenery any moment he is on screen.

Whether there will be a sequel to further this new take on the alien world is yet to be seen, but with the introduction of creatures never before seen and the impact of the films conclusion it seems to be a safe bet that we will return to this world in the near future. 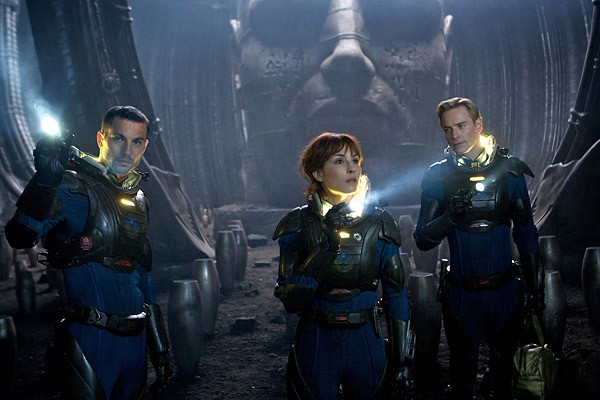 
The infamous Sacha Baron Cohen has carved a real niche for himself with this concept, creating these ostentatious characters and letting them loose on the unsuspecting public. Whether is it the wannabee Staines gangster of Ali G, or his American hassling creations Borat and Bruno. However the Dictator acts as a breath of fresh air to this, as it isn't Cohen exploiting the stupidity of anyone in a documentary style format and acts as more of an original and rather entertaining comedy film.

The film centres around 'The Dictator' General Aladeen, oppressor of the African nation of Wadiya, a country which he has exploited the vast oil riches of to keep him as supreme leader whilst others lead a less than desirable quality of life. And this is where the comedy really ensues, opening the film with a image dedicating the film to the late Kim Jong Il, which sets the tone immediately for just how ridiculous Aladeen really is.

His vast riches spent on making famous celebrities sleep with him, and used to work on nuclear warheads which he insists should be of a certain shape or they're not intimidating, it is behavior like this which leads the UN to invite Aladeen to New York in an attempt to create a democracy out of Wadiya.

And this is when the film truly excels, gone is the exploiting of the general public and is instead replaced by real comedy. Of course, a lot of it is in bad taste to be expected, most notably a birth scene in a supermarket and a plane ride that really makes light of America's blatant fear of the possibility of terrorism. But it is with his character's back to the wall that we almost sympathize with him, the character Anna Faris plays as a gullible yet well meaning child of the earth who takes him in in his time of need.

The film maybe lacks in the fact of how short it really is, by the films rib tickling conclusion you're left almost feeling like not every loose end is tied up, but it is definitely worth the ticket price, and without giving too much away, there is a relatively happy ending considering he is an oppressive dictator. 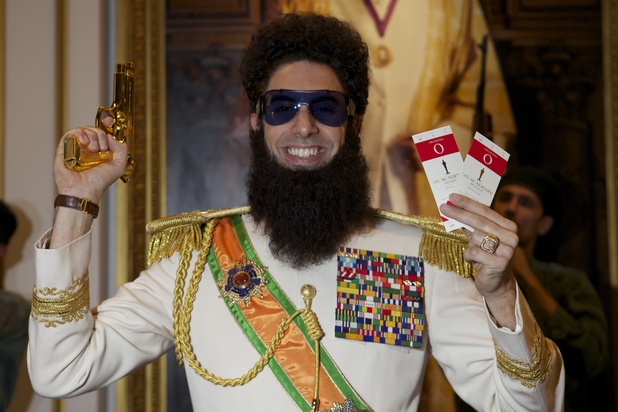 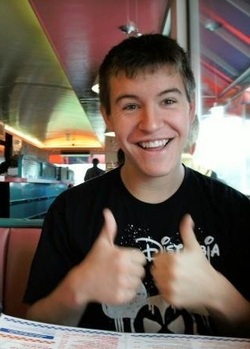 Refuses to watch Jennifer Aniston or animated films in the presence of others. "Life moves pretty fast, if you don't stop and look once in a while you could miss it."