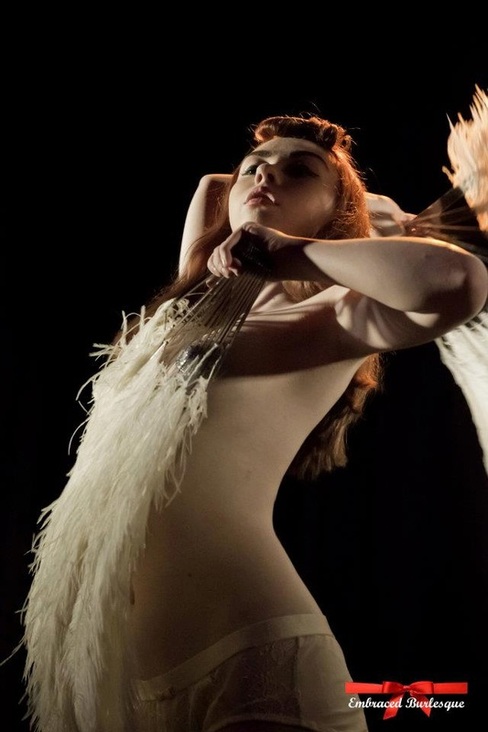 Diary of a Burlesque Newbie

17:00
Train from Liverpool to Wolverhampton. Walking through a train station in my fur coat and heels with my burlesque suitcase always makes me feel pretty glamorous. For ages I resisted buying a suitcase for my costumes and props because it felt a bit pretentious, but the further the shows got from home and the more boxes and bags I had to carry the less I cared about standing out on a train platform! On the way I listen to my burlesque playlist on my iPod that is full of my favourite songs to dance to.

18:30
Arrive at Wolverhampton. I meet Bash, who runs the night, and Aurora Toxique, who has also got the train down from Leicester. Bash takes us to a pub nearby where we meet Jezebel Steele for a drink - easily spotted as the only woman in the pub dressed as an alternative pin-up with bright red hair. For a lot of my friends I'm the only burlesque they've seen, so to be around other people who love it so much is always a treat. We talk about early burlesque and vaudeville compared to neo-burlesque that's become popular now, and get excited about the show. 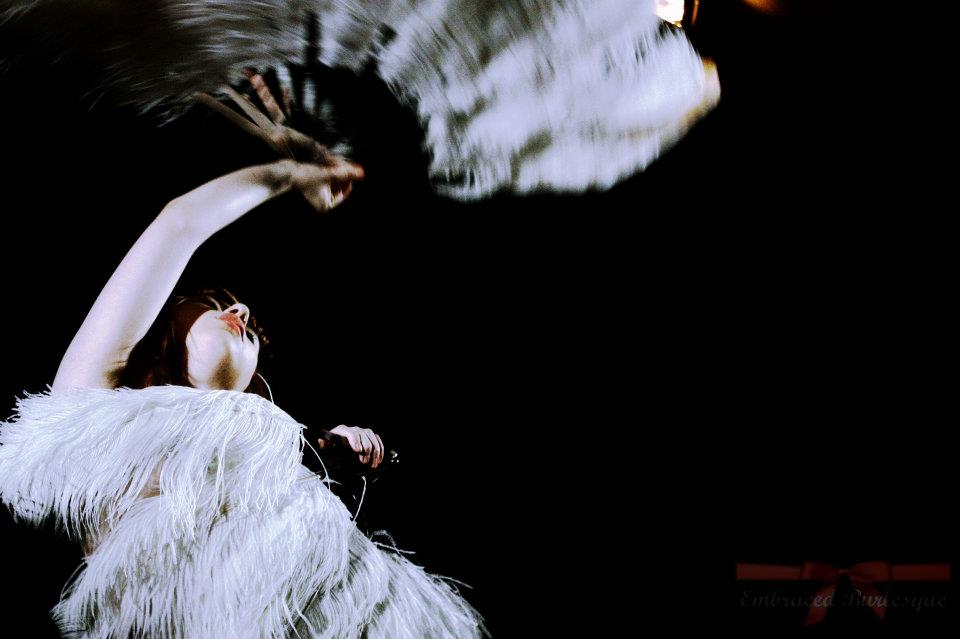 19:30
Bash picks us up and we arrive at the venue. My friend Rachel used to go to school there, and looks like people still might, but inside it's beautiful like a 1930s speakeasy, and easily the biggest room I'll have performed for. We meet the other acts on tonight - Marie the Painted Lady, Pan and the Poets, and Rob Fellows. The last two are musical acts, one being a folk band from Birmingham and the other a local acoustic act. Marie is, as her name suggests, covered in tattoos, and is the final burlesque act on tonight. The bands start drinking our rider as we paint our faces and compare props. My first act is a slow-paced fan dance to a cover of Billy Fury's 'Wondrous Place', for which I only wore silver pasties and knickers. Since then, as I hope with every performance, the costume and the act itself has developed and changed for the better. But at Embraced changing into the act takes very little time, so I help the other acts lace into their corsets and talk to stage maid Frances about how she manages to run around after everyone in her insane fetish heels.

20:00
Bash is stressing because the comedy acts for the night have pulled out at the last minute. In an attempt to make up for it, he dresses like a chav with a games controller down his pants. It has the desired effect. Aurora Toxique, who's like a tiny Bettie Page, is on first, and preps her home-made palm leave fans for her jungle themed act. Jezebel has been performing the longest, and is easily the most nervous of the four burly girls. I've been performing just under a year, and even in that short length of stage time I never get nervous before a show (apart from when my boyfriend came to see me for the first time). Bash introduces Pan and the Poets for a short set, and then Aurora.

21:30
When backstage it's hard to watch the majority of the show, which is a shame because I love cabaret shows, and if I wasn't performing I'd be in the audience hollering for girls to take their clothes off. Instead I miss Marie and Jezebel's acts while I prep my fans with glitter before I'm on. Possibly the introduction of more costume to my fan dance was how cold it can get waiting to be called on stage. Frances and I did star jumps to try and aid that. I start the routine on stage, and though not an interactive act I love making eye contact with people on the front row - so tonight I aimed a lot of my dance at a surly looking lady dragged along by a hen party. I can't believe how big the room is, and I love how comfortable and at home I feel performing in front of so many. Performing burlesque is a brilliant feeling, I love commanding the room and creating something beautiful. I'm pretty quiet with people I don't know well, so the other performers are surprised how I come out of my shell on stage. 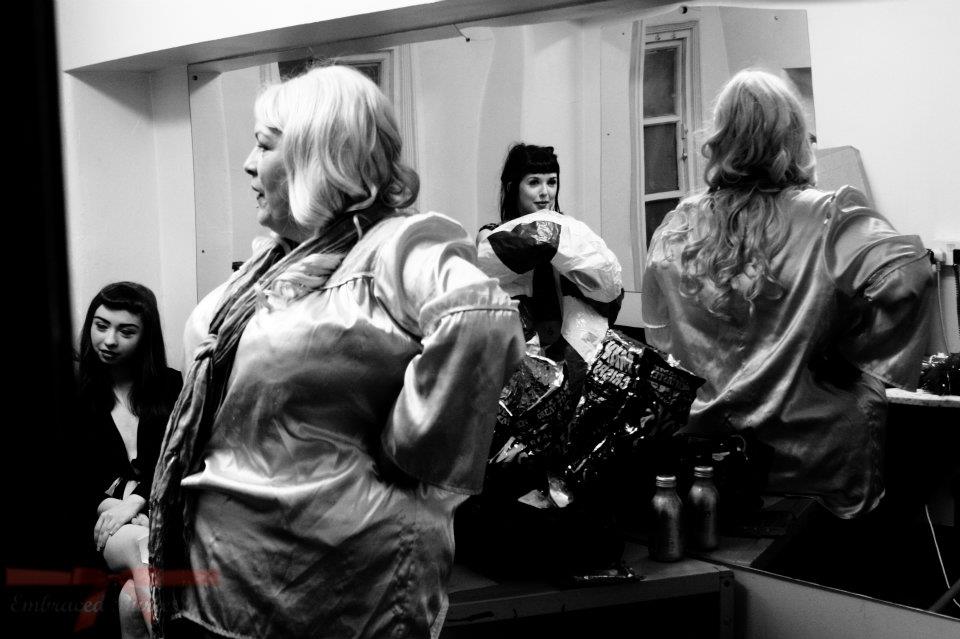 22:30
I get ready for my next act, the one I performed at my first show called 'Parasol Pin-Up'. The costume consists of a blue kimono, pink lingerie, gloves, stockings and gold shoes, with a pink parasol that I strip behind until the reveal. Being so costume-heavy it doesn't feel as fluid as my fan dance, but I'm sure that will come with more time and practice. My little parasol was a bit battered in transit so an upgrade may be needed in the near future. While getting ready Bash calls me onstage, but I wisely stay in the wings and the other acts are dragged up instead to take part in a game with some select audience members in which they have to jump into as many sexual positions as possible in a minute. It's fun to watch, especially when Aurora's partner grabs her by her ankles and flips her upside down without warning. She didn't see it that way though. I'm next on, and despite my little battered parasol I enjoy making cheeky faces at the audience and removing many layers, especially the stocking peel.

23:30
The show begins to close and all the acts are brought back on stage for a bow. More fun still is the audience too pile on stage with us for what feels like the weirdest school photo ever. Once done, we chat to some of the audience - who are incredibly complimentary - and help ourselves to whiskey cupcakes. I love how cupcakes have become a staple of burlesque shows. 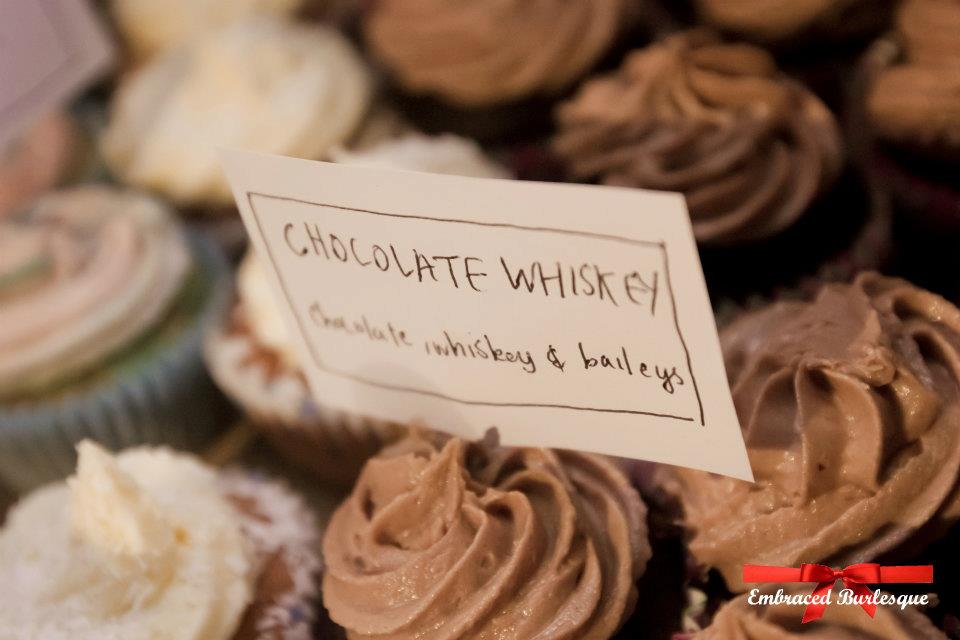 00:30
We make our way to the hotel to drop our suitcases off before moving onto Divine for the after party. Aurora is an old lady in burlesque years, and so stays in while me, Bash, Jezebel and the bands go for drinks. It's fun being in a club where everyone has just seen you perform; it's like we're all famous in Divine, with people coming up to compliment us on our acts, buy us a drink, or even propose marriage. The illusion is shattered when a girl falls in her own sick.

3:00
We go for the compulsory kebab and then wait with Jezebel until she gets the dreaded early morning coach from Wolves to Oldham. The more shows outside of the North West I want to do, the more likely I will have to be a passenger on a 4am coach. Once safely aboard, we walk back to the hotel to find Aurora in bed watching a fitness infomercial. The glamour.' 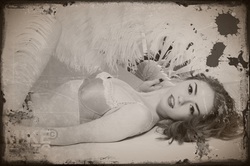