On Standish St, Burnley, a quaint Vintage Tea Room can be found. Anyone who knows me knows that Artisan Tea Rooms & Design Studio is my kind of place. Somewhere that serves good cups of tea, in pretty, vintage looking surroundings that also doubles as a vintage shop. (Oh and by the way, you can grab a bargain HERE.)

Just as if it couldn't get any better, on the last Friday of every month, Artisan Tea Rooms hosts the best Open Mic evening I have ever attended. (And not just because it's only £4 in and you can bring your own booze...)

Last Month I went to my 3rd ever Artisan Open Mic and decided to review my favourite of the wonderfully 'unique' acts that evening. 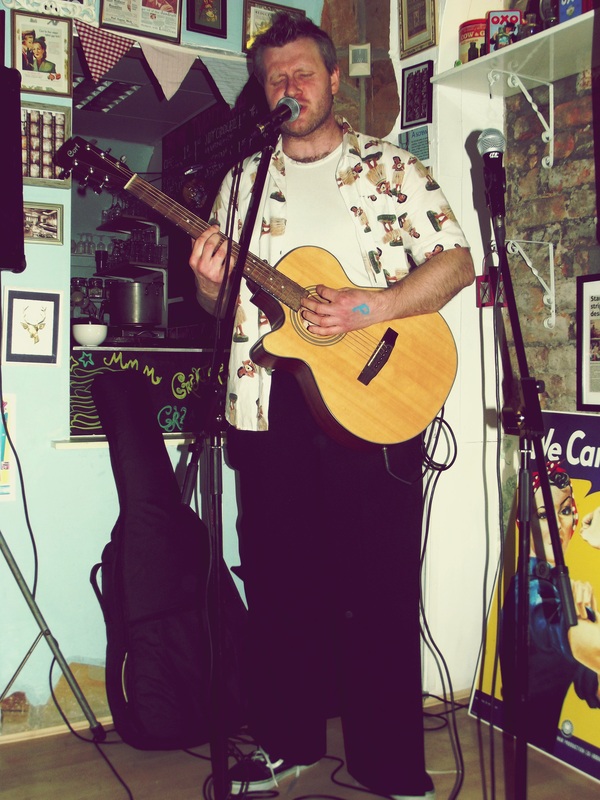 The first act of the evening was Mr. Lee Gizon (also known as Fat G) who left the stage with an Act that no-one else could follow. After performing his usual wonderfully comical songs exclaiming how his Mrs is a bitch, Lee then proceeded to dance to 'I'm sexy and I know it' changing the words to 'I'm Fat G and I know it' before ripping off his trousers and...well, you can watch the rest for yourself; (video sourced from '' http://www.youtube.com/user/chloehull27'' as mine wouldn't upload)
So after that Fiasco came the beautiful sounds of Bryony Perks. She sings sad, emotional songs with pretty melodies that left me (almost) crying. This is a good thing... her music is lovely and she has that sort of sweet, innocent voice that I am so envious of. When Bryony played, the room was silent. Let's be honest that's an accomplishment in itself after the shock of Lee wiggling his penis at people. 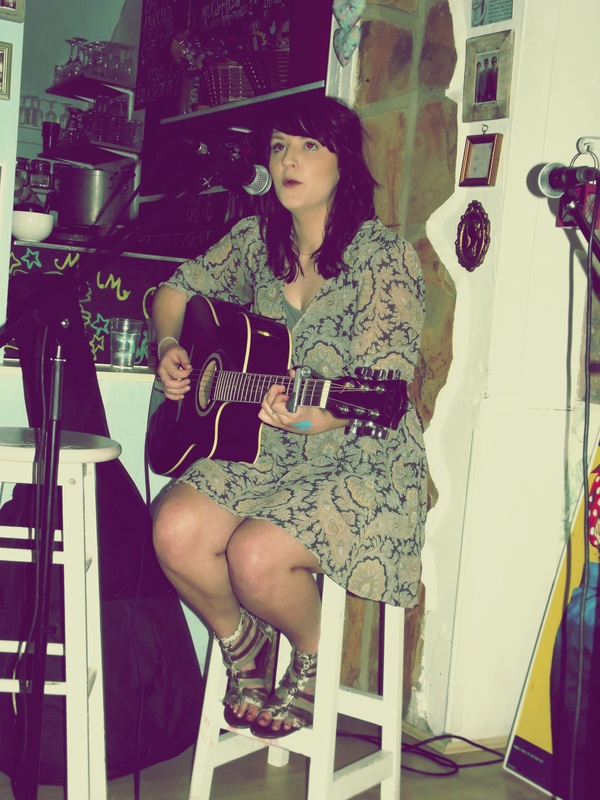 Artisan Open Mic is not just the home to male strippers and acoustic singers... it's also home to Performance Poets such as the amazingly talented James Seymour (who can be seen in this Month's Short Stories and last month's Poetry section.) James is an amusing poet who has excellent hair and dances like Mick Jagger. That evening he performed several of his hilarious pieces of art, including 'Goblin' (a personal favourite) and ''Tourettes of the brain, Diarrhoea of the mouth.'' James is what you might call a modern day beat poet...except a million times better and far more theatrical. Below the picture you can take a look at James in action at Artisan entertaining the masses with an abridged version of Adam Mansbach's children story "Go the Fuck to Sleep" 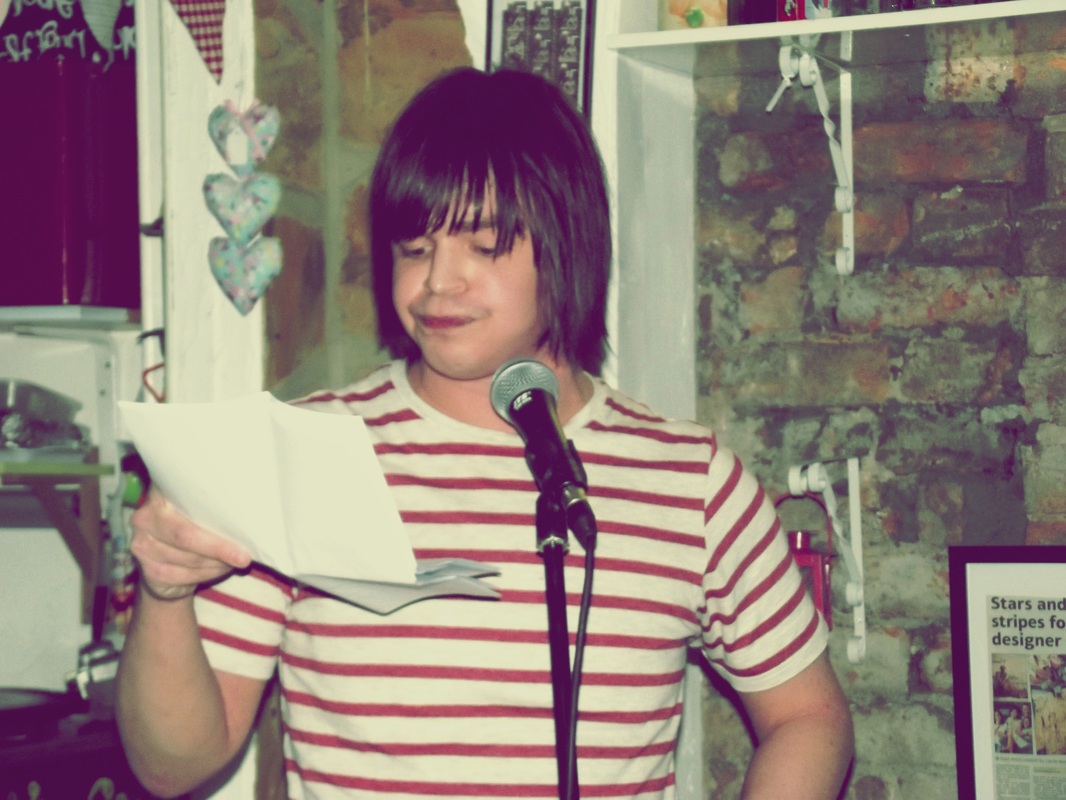 Now, I'm going to be honest. I missed a few acts due to me being somewhat drunk off red wine and dancing along to their fantastic Beatle's covers outside... They were awesome, but I can only apologise that I missed seeing you in the flesh and making a note of your names...next time though!
I did however, make it back inside to see a certain Mr. Ian Adamson play his set. I am in danger of being terribly biased as he is my other half but you have to understand, I only started talking to him because I was a fan of his music... so with that in mind...

Ian Adamson is an Artisan Regular, playing incredibly catchy tunes that everyone seems to know the words to.  'Will Someone Turn This Car Around?' had everyone shouting/singing along and I turned around to discover Lee Chapman (seen in this Month's music section) playing air drums in the corner. Take into account that everyone was also wonderfully drunk at this point...myself included. Ian also played a Joanna Newsom cover along with a few more of his original tunes such as the beautiful Falmouth. - Mr Adamson is incredibly talented and has a voice which never fails to melt me.

By the way...he has a new EP out and you can grab a free download at: http://ianadamson.bandcamp.com/ 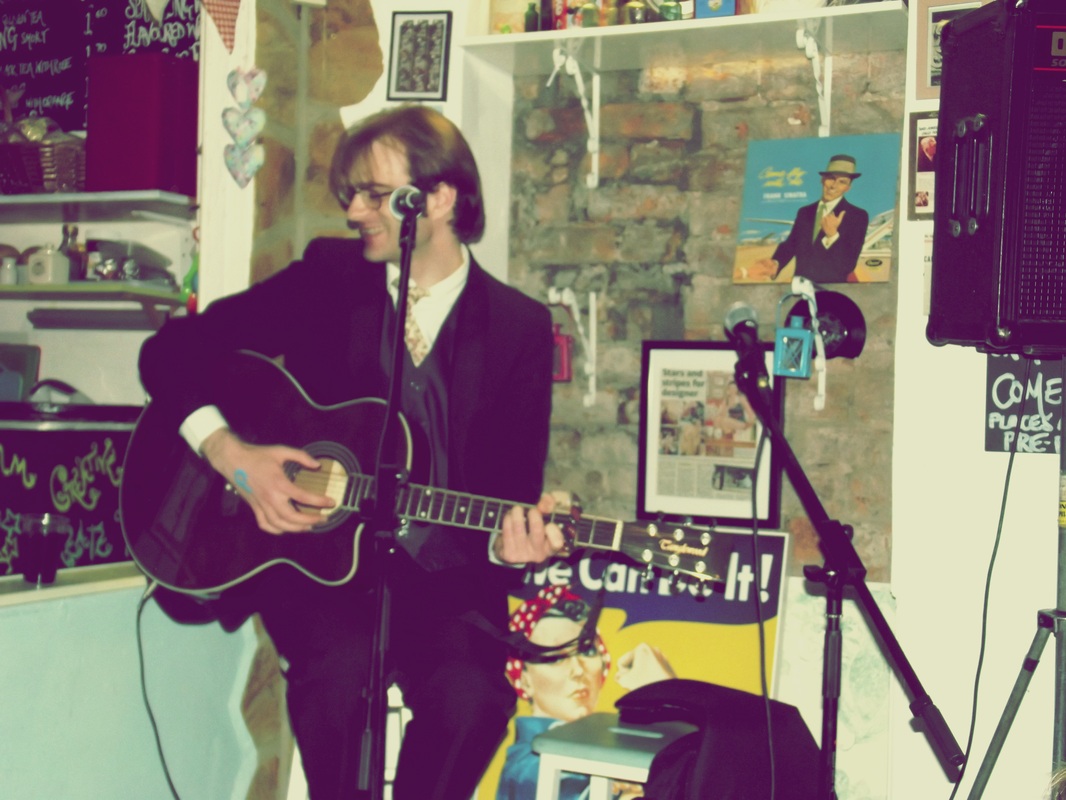 To end the evening, Joss Owen took to the stage with his sexy take on blues. He sang a song about being from a Mill Town and also one about giving a lady a rose. It has to be said I like Joss's music quite a lot. The main thing about Joss that evening though was that he got everyone up drunk dancing at the end, rounding off an all together perfect evening. 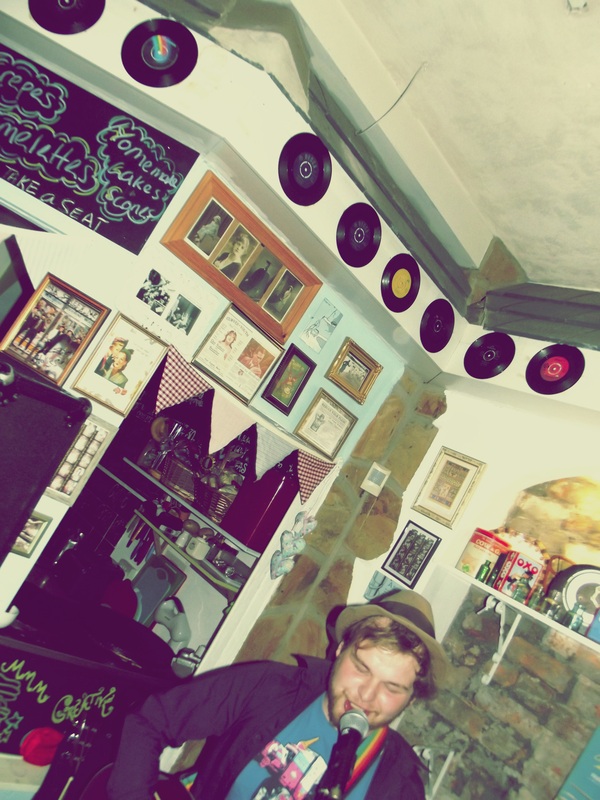 You can find out more about Artisan and things such as their sewing classes/open mics/other events by visiting their website:   http://www.artisantearooms.co.uk/ and don't forget to 'LIKE' them on Facebook.